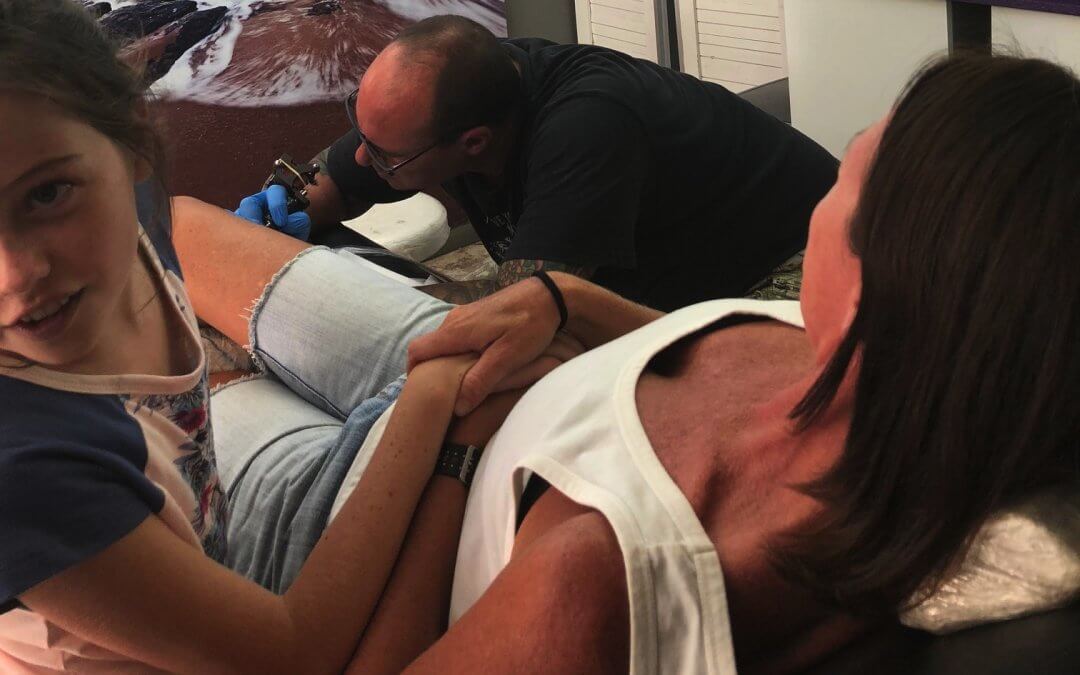 Some 25 years ago, living the life of a full-time hippie student, I was part of a group who got caught up in the moment at the Grahamstown Festival standing in a queue to get a rebellious tattoo. At the time, we were more worried about the Tattoo Artist noticing we had been drinking after spotting the ‘no alcohol consumption’ sign (seriously at the festival?!) than the reaction of our parents, and to be honest we didn’t give a moment’s thought to the consequence on our pending careers.

As a stereotype ‘surfer chic’ it was obvious I landed up with a dolphin on my ankle. The tattoo served me well for the next couple of years after convincing the Bar Manager of our local pub; the East London Dolphin Hotel, that I chose a dolphin as a loyal supporter of his pub which got me plenty of free drinks!

The Dolphin Hotel eventually closed, my desired climb up the corporate ladder commenced and it was during this time I really regretted getting the tattoo. I was restricted to wearing pants to cover the tattoo at every interview, important meeting and work event. There was a real negative stigma attached to having a tattoo, you were definitely not considered a professional.

As the years rolled on, the tattoo started looking less like a dolphin and more like a faded blue landshark blob, which was a pity as when the Millennium arrived so did the new ‘tat’ fashion trend. I had been considering a cover up tattoo over the last couple of years, but could not decide what symbol would be most apt, and this time round I was a lot more aware of the permanency of this personal decision.

We spent the 2017 Festive Season in Jeffreys Bay setting up Happy Waves Holiday Home. It was a very happy time for us as a family for so many reasons. I ran my regular route along Da Gama Street daily, and one day a Tattoo Shop caught my attention and instantly I made my decision that I would have the Happy Waves logo symbol tattooed over my dolphin as a reminder of how important achieving goals and happiness is to me.

I got home and informed my husband of my plans who supported me as always. In my excitement, we visited the tattoo shop that day, but quickly delayed my plans after being told I could not be in the sun for the next 4 days (really… in J-Bay?!). The postponement did not hinder my decision, my mind was made up, so I made an appointment for the day before we were leaving J-Bay.

It was a real family affair with all of them joining me, my husband held a smirk on his face as he was enjoying the pain being witnessed on my face (I think we have an unspoken quest for the most hardcoreness in the kids eyes, which is why I could not cry and even though I really wanted to swear, I couldn’t even do that so I tried the grin and bear strategy, but I think my husband saw through that), my daughter allowed me to squeeze her hand for the hour without complaining, and my son captured the entire process and was disappointed there was no blood.

No regrets this time, the tattoo represents the Currin’s blessings #happydays